IDAutomation has completed upgrades on both Hyper-V host servers since the performance test was performed in 2015. The new hardware is much faster than what was used in the test below, however, average response time may be about the same because of network latency.

Both new servers contain SSD hard drives and dual Xeon processors, each with multiple cores as shown in this screenshot from our west side server:

The test results documented below indicate this configuration may be able to generate up to 20,000 barcode requests per minute. Customers installing the Barcode Server for IIS product on their own systems may easily achieve higher performance with the latest hardware and by installing on the host directly, instead of within a virtual machine. The processors used in these tests are visible within the task manager screenshots of Fig 1 and 2 below. 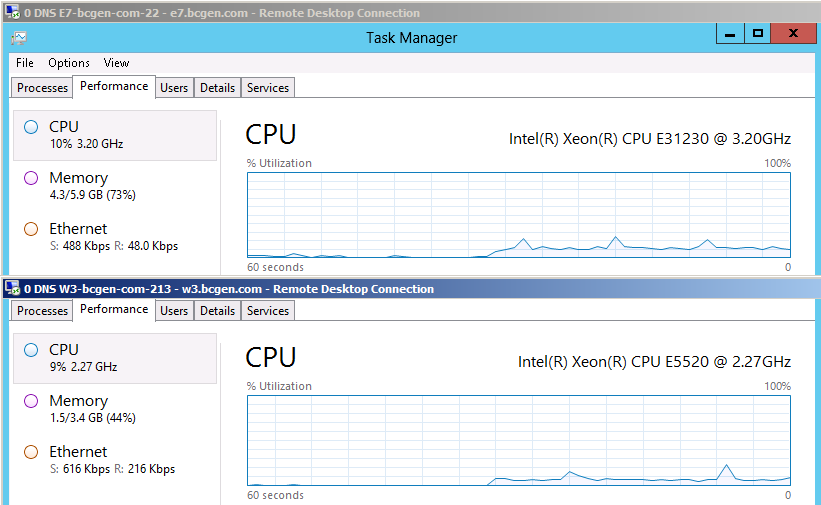 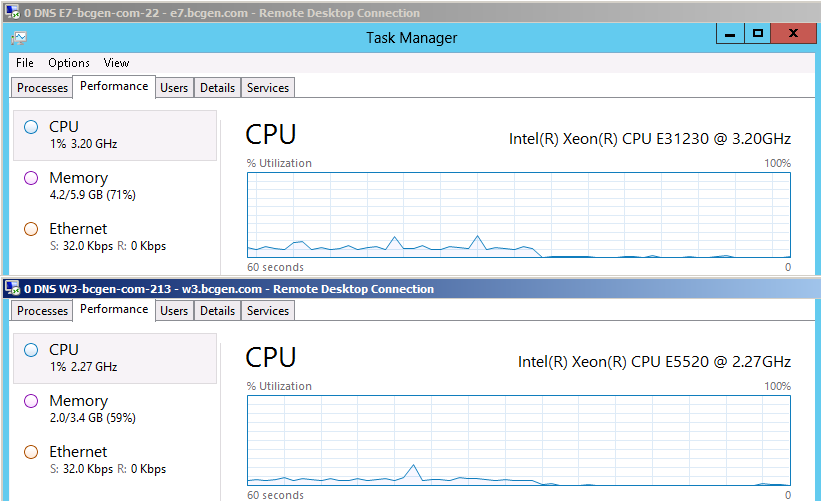 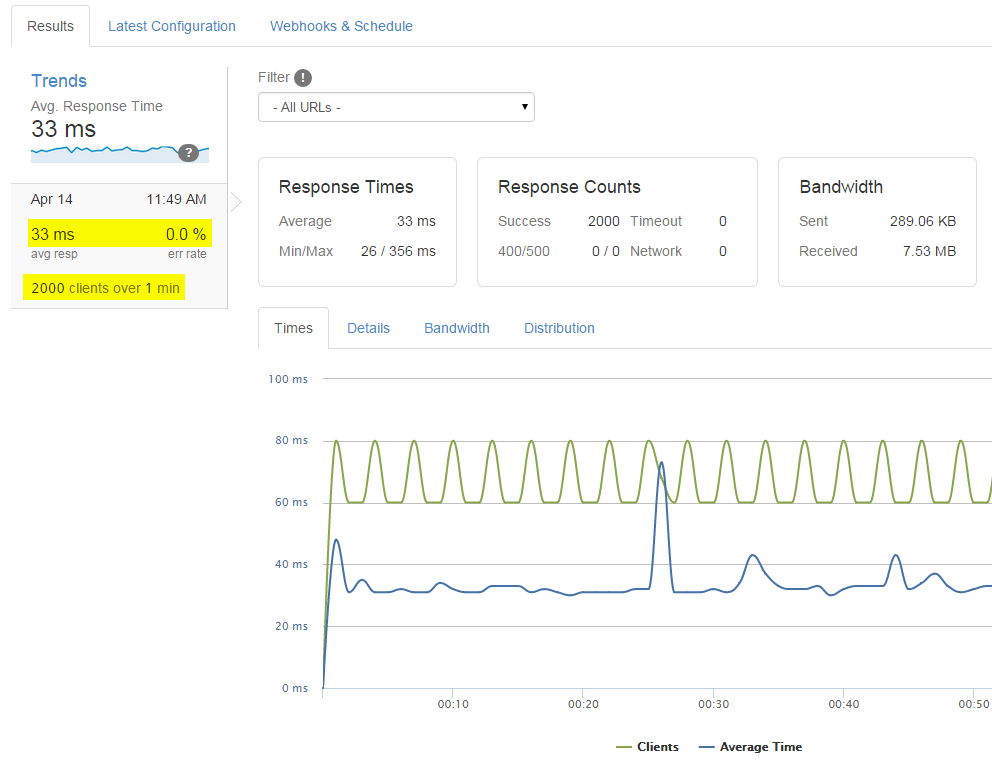 IDAutomation also offers several barcode streaming products that may be installed on the client's own servers: